Congratulations to all Senior Glenmore AC athletes who competed over the weekend at all levels!

Next up was the Pips Hope and Support Annual 10K Run and 5K Walk in Newry Co Down, this is another very well supported race and Glenmore athlete Peter Noone was definitely displaying great running form and finished with yet another PB time 38:49!! Well done Peter.

The 3rd year of the Dundalk (MCI Marathon) Full and Half marathons is growing from strength to strength with each year, it’s a tough, gruelling very scenic course with competitors from all over Ireland in attendance . Glenmore senior athletes would like to thank Collette O’Hagan , for her very warm welcome and Vincent and all the stewards on a well organised local event. Congratulations to all the Glenmore senior athletes who took to the start line for both events, and a special mention to our late starter Shane who managed a superb catch up at the early stages to join up with his fellow team members!! Glenmore AC athletes displayed great team work and pacing throughout (big thank you to our delegated pacer Stephen) and all athletes finished feeling very strong thanks to a touch of MAGIC gathered on the Magic hill, BOTH times!!. Congratulations to Stephen who was placed 11th overall and Fiona, for being placed 12th overall and 2nd female to cross the finish line in the marathon distance. Also special mention to John and Barry for doing additional miles after completing the Half in preparation for their upcoming marathons, Venice and Dublin respectively. First over the line in the half for Glenmore was Paul Flanagan followed by John Doyle and Barry Woods   and in the full marathon was Stephen O’Connor followed by Fiona Mc Quade , Shane Arnold and Ronan Callan . (Race results not published at time of print)

Next up on the calendar for some senior Glenmore AC is the Dublin Half on 29 September 2018. 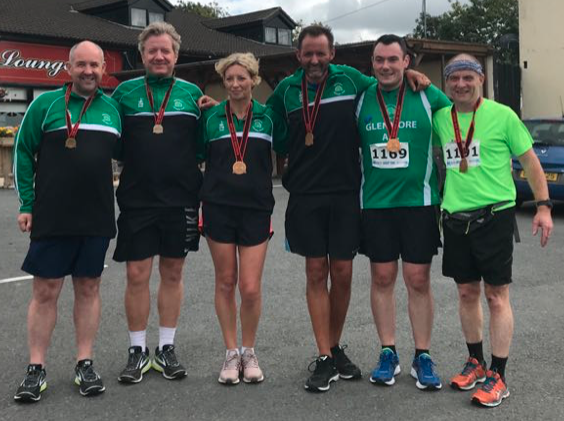 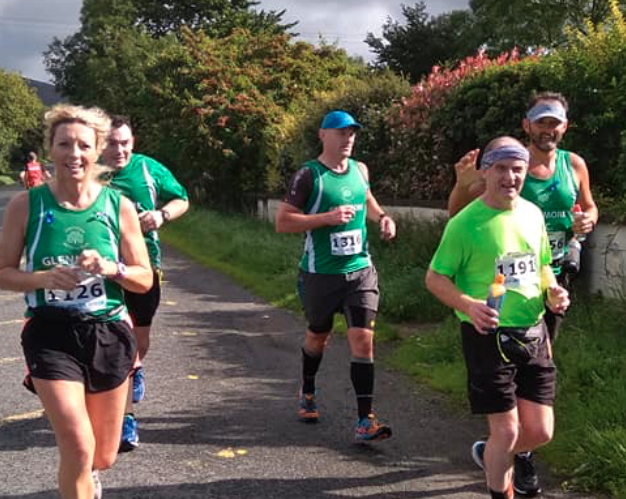 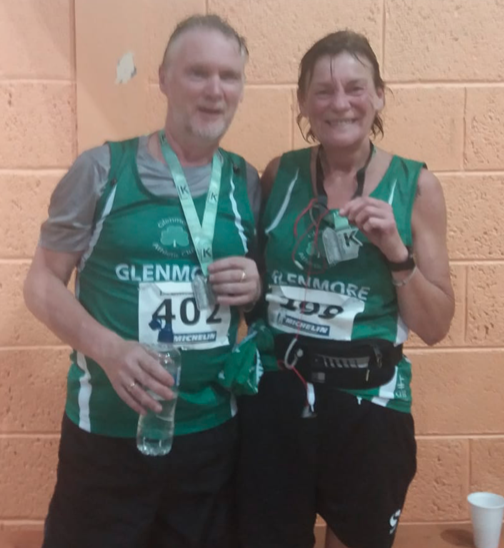