On Saturday last Lucy White and Richard Campbell represented the club at the Leinster Juvenile Indoor Championships at Athlone Institute of Technology. It proved a worthwhile journey for both. Lucy White running in the U13 60m sprint won her heat, her semi-final and took the gold medal in the final, claiming the Leinster title. Richard Campbell won his heat and finished strong in the U18 60m sprint final albeit outside the medals. Well done to both athletes. 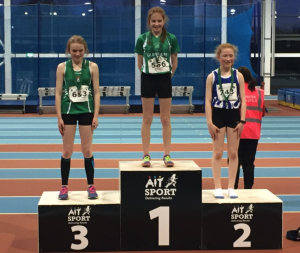 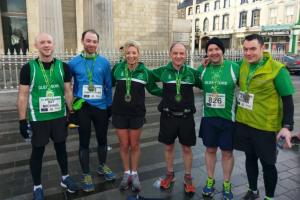