Glenmore AC athletes were busy this weekend with the All-Ireland Community Games championships in Athlone. On Saturday Sean McCarragher did the honours for the Cooley area in the U12 long puck whilst the U13 mixed relay team of Nicole Barry, Ciara Carolan, Daragh Brady & Enda O’Neill got through to the semi final. In U14 Niall Brady represented the area in the long jump and Diarmuid O’Neill in the shoputt. Paul McGlynn stepped up in the U15 100m. Richard Campbell made it through to the semi final of the U14 100m on the Sunday morning. Ciara Carolan stormed home in the u12 100m final to earn her a bronze All-Ireland medal. Tadhg Leahy ran with Louth County in U16 Boys marathon, the boys team of Jack McCullough, Alan Connor & Tadhg won silver team All-Ireland medals. Well done to all on competing at All-Ireland level.

On Friday 14th August Tadhg also competed in the Cobh 4 mile road race where he won the U17 race in 24.03. Meanwhile, senior athletes Kenneth McBride, Kinga Byrne & Gerry Stewart all ran in the Duleek 10km on Sunday 16th with Kenneth winning his category. Congrats also to Paul Savage who ran the Donegal half marathon & Aidan McCoy who ran the Frank Duffy 10 mile in Dublin. Several senior members are in training for the Sligo Half marathon in September whilst juveniles are all go to train hard for the upcoming Cross Country season. Juvenile training continues every Tuesday & Thursday 7-8pm with senior training on Mondays and Wednesdays 7-8pm. 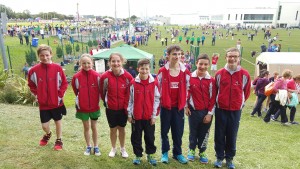 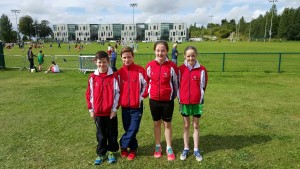 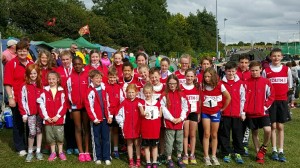 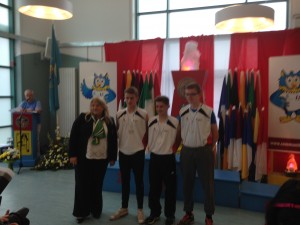 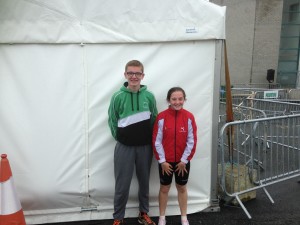 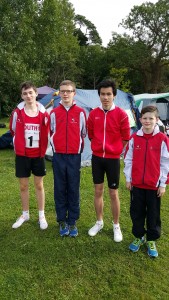