On a beautiful sunny June day 195 brave souls took to the hills through Piedmont, Benagh, Aghmeen and on up to Corrakit down to Glenmore for the 10 mile Challenge. Along the route, there were Byrnes, Cliffords, O’ Reillys, Keenans, Cumiskeys, McCanns, Bonnie & Louis & supporters galore cheering the valiant runners on, they were also motivated by the artwork of Lordship, Mullaghbuoy, Ardaghy National Schools & club member Aimme Farnons signs along the way . Our own juveniles & helpers from Maria Goretti Foundation greeted them with water and words of support as did all of the stewards dotted along the route. As the leaders came down the home straight to Mullaghbuoy Community Centre Gerry Stewart, our master of ceremonies, encouraged them in with his inimitable humour and wit. On finishing & armed with the signature wooden medals (sponsored by Carton Die Ltd.) the weary warriors made their way to the hall for the, now famous, home baking & refreshments coordinated by the ever smiling and calm Melissa. Competitors & walkers alike sat in the sun listening to the music of the Booze Brothers whilst kids played on the Bouncy Castles (thanks to Bounceabout Inflatables.) It was as near as it comes to the perfect summer day!

Taafes Castle Pub, Bay Tree restaurant, Michael McGlynn, Pennys. We would most especially like to thank our own club members & friends of the club who helped with stewarding, refreshments etc., Tommy Neary official starter, the Red Cross , Dub Runners from Belfast, county Louth clubs & all who participated to make this event such a memorable occasion.

The following are the results:

Congrats to all Glenmore runners who finished the course & represented us:

We are already looking forward to next years event! 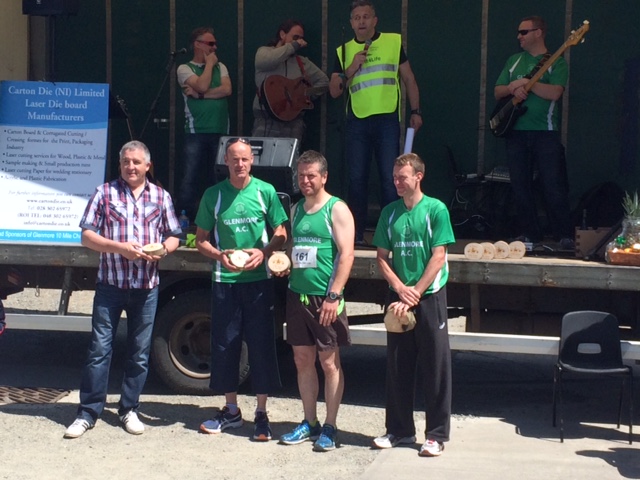 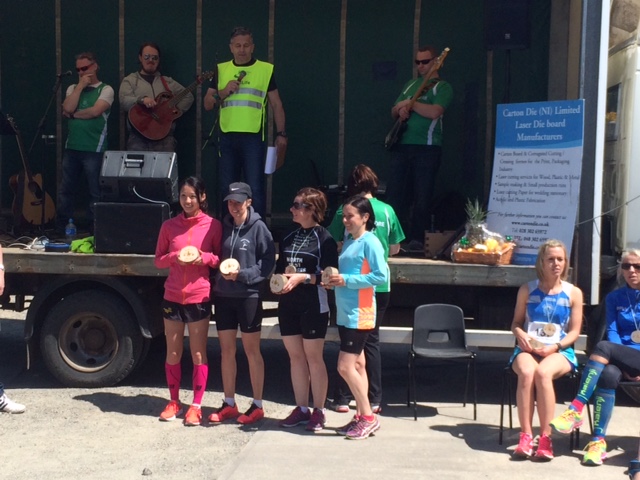 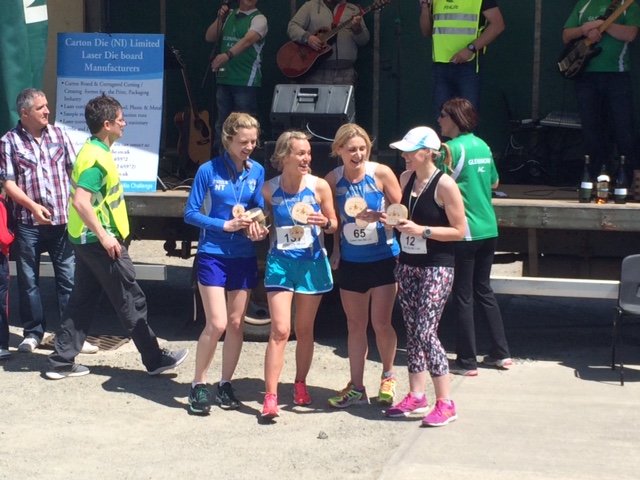