On Saturday 18th and Sunday 19th June, Glenmore had a small but determined contingent of athletes who competed in the Leinster Track and Field Championships in Tullamore.

First up were Sam Dawson and Daragh Brady who took to the runway in the u14 boys Long Jump on Saturday morning. Both lads jumped extremely well with Sam narrowly missing out on making the top 8 positions. Daragh also jumped his way to a new PB which got his weekend off to a great start. The following day, Daragh took to the track this time and competed in the 80m heats. He just missed out on the final but nonetheless is showing great progress in his sprinting this season.

Next up on Saturday was Paul Mc Glynn who finished 2nd in his u17 100m heat and acquitted himself very well among a fast field despite being in the middle of his Junior Cert Exams. Richard Campbell who is also a very keen sprinter and showing great improvement this year qualified comfortably in 2nd place in his heat to the u16 200m final where he was just out of the medals. Both Paul and Richard then represented Louth in the u17 boys Inter County 4x100m relay at the end of Day 1 where the team placed a fantastic 3rd.

On Day 2 of the Leinster Championships, the O’Neill brothers, Diarmuid and Enda got the day off to a flying start as they tackled tough competition in both the Javelin and Shot Putt. This was also the boys’ first time competing at Leinster level. Diarmuid placed an outstanding 3rd in the u16 Javelin with his younger brother Enda also giving it his all and placing 7th in the u14 event. In the Shot Putt, Diarmuid just missed out on a medal but finished a fantastic 4th place. Enda also showed his great form and made the top 8 in his age group. The boys topped it off by recording 4 PB’s between them!

Niall Brady competed in the u15 Long Jump later on and advanced to the top 8 in a strong field of Leinsters best jumpers. In the 100m heats he also acquitted himself excellently in a fast field. Niall represented Louth in the Inter County Relay on Saturday too with the u15 county team taking home silver.

Last but not least, Glenmore had three gutsy athletes take to the track for the middle distance events. Anna Mc Ardle was first up in the u14 girls 800m heats. After having a wonderful first lap and in great contention for qualification to the final, Anna was very unfortunate to take a bad tumble at the bell. However, being the determined athlete she is, she picked herself up and finished the final lap doing her usual utmost best.

Next up was Andrew Moore in the u16 800m final. This was Andrew’s first experience of Leinster competition aswell and he certainly did himself proud by clocking a new PB over the two lap distance, an event he’s only recently taken to and is showing huge improvement since the beginning of the season. Hannah Stewart was delighted to be back competing at Leinster level following a long and tough spell of injury and took to the track in the u18 1500m. She ran a strong race among very fast competition finishing 4th. A huge well done to all our athletes who did themselves and the club extremely proud last weekend. 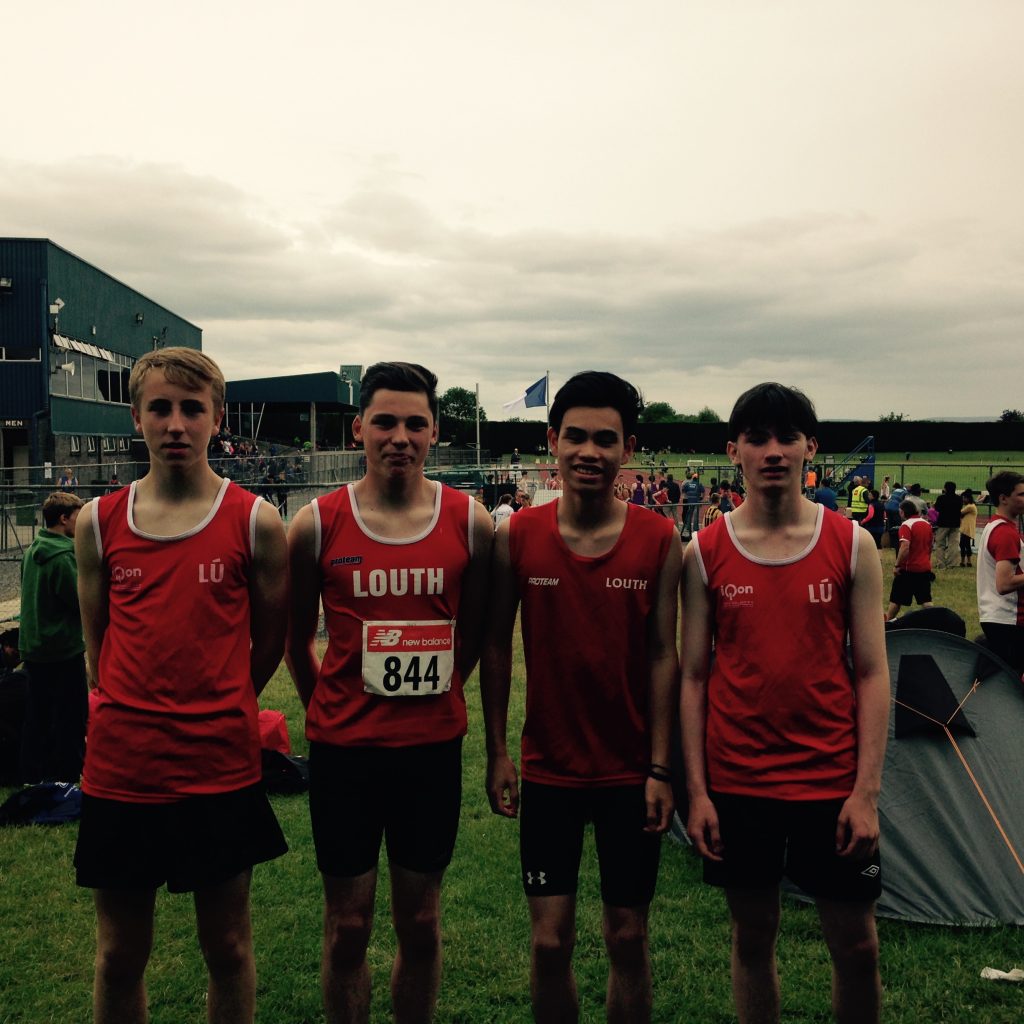 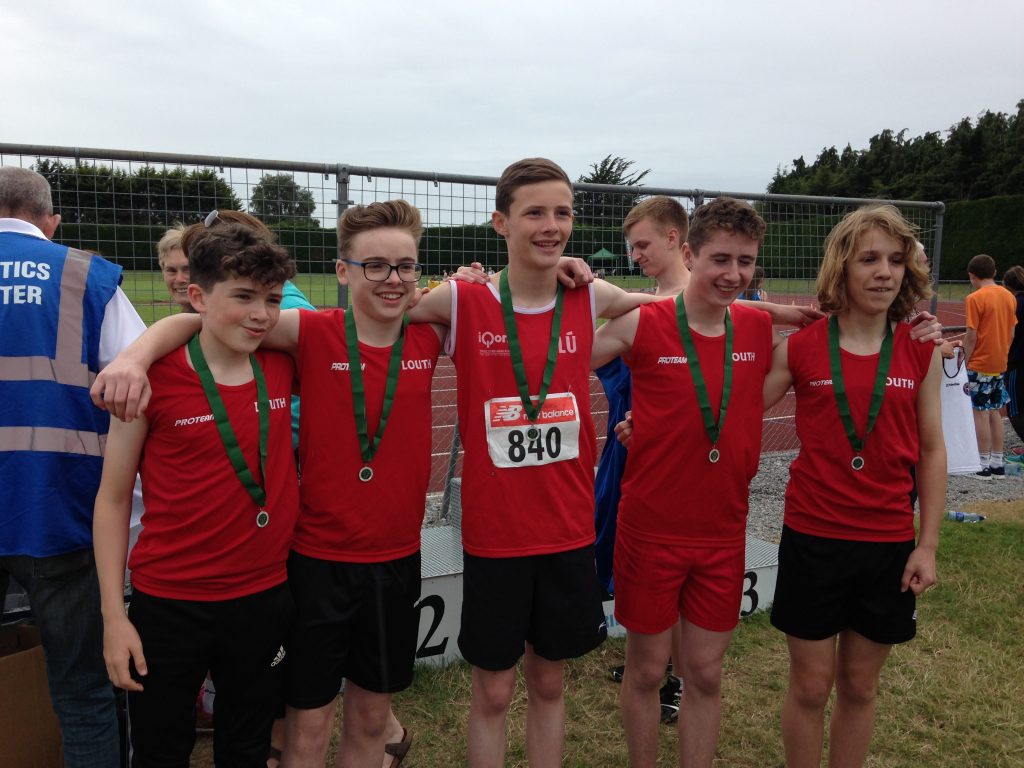