Glenmore athletes tackled the Long Jump event first on Saturday with Niamh Rice and Katelyn Quinn leaping straight into the top 8 in the u15 girl’s event coming home in 6th and 8th place among a large contingent of athletes. Niamh also competed in the Inter County Relay for Louth where she stormed down the back straight doing her club and county proud with the team taking silver medals.

Katelyn Quinn took on the u15 girls Javelin event on Sunday morning were after six brilliant throws she took the bronze medal and even grabbed herself a PB! This was a great end to her championship and shows how she is greatly improving as a thrower.

Niall Brady in his first individual Leinster Championship, stepped right up to the mark to take on Leinster’s finest in the u14 boys Long Jump on Saturday where he jumped a series of excellent jumps and gained valuable experience. He then ran the u14 boys 200m heats along with Richard Campbell in the u15 boys 200m heats with both having wonderful races among the best in Leinster. This was also Richard’s first Leinster outing and he acquitted himself remarkably well. Both boys also took part in the u15 Boys Inter County Relay that just missed out on the medals in 4th.

Paul Mc Glynn took to the runway on Saturday and with six mighty jumps in the u16 Long Jump he took home a fabulous silver medal and qualification to the National Championships in July. He also competed in the 200m event and after placing 3rd in his heat and qualifying for the final, due to an admin error he didn’t get to compete in the final. On Sunday Paul also competed in the 100m sprint final where he took on Leinster’s fastest u16 sprinters. He acquitted himself extremely well to finish in a fantastic 6th place.

In the middle distance events, Hannah Stewart took on very fast u17 girls 800m and 1500m races on Saturday and Sunday. Hannah battled with her ongoing calf condition throughout both days and as usual didn’t give up right to the line to finish strongly in the 800m and 5th in the 1500m in very speedy and competitive fields. She also ran the u17 Inter County Relay and ran 2nd leg for a strong team who were just pipped for 3rd place.

Eoghan O’Connor was also competing in the boys u16 1500m and with a huge field of competitors, Eoghan braved the fast pace over the three and three quarter laps and finished with a remarkable sprint finish that certainly showed his determination. The following day he also took on the 800m heats where once again, he pushed himself to the limit among Leinster’s best and finished strongly for the second time.

A huge well done to all of our athletes who competed at such a tough level of competition and best of luck to Paul and Katelyn who will compete in the National Championships in July. Juvenile training continues on Tuesday and Thursdays 7-8pm with athletes getting ready for the Louth Setanta Games at the Bush track on Saturday 25th July.

Congratulation to Fit4Life member Gerry Stewart, who ran the Lisburn Half Marathon last Wednesday 17th June.   Fit4Life members are working towards the next Glenmore AC 5km road race on Friday 7th August in Carlingford. Training takes place every Monday and Wednesday 7-8pm for Fit4Life and over the summer months, some trail running and beach training sessions are on offer in addition to track sessions. New members of all levels are always welcome. 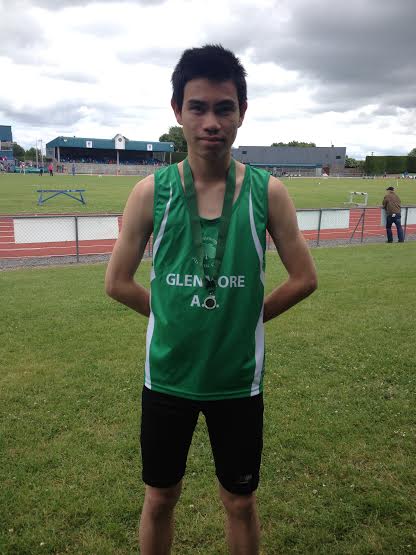 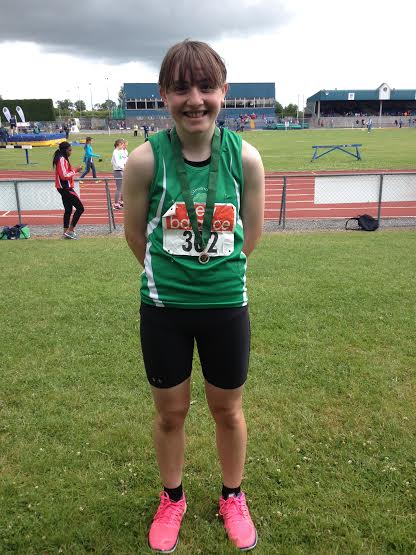 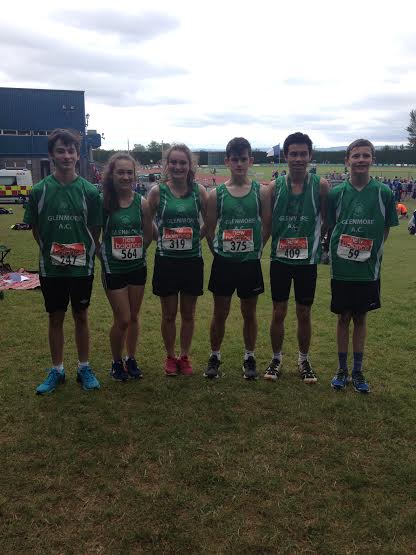