On Saturday last, our athletes made the short trip to the Lourdes Stadium in Drogheda to compete in the Setanta Games Open Sports. Decked out in our new sports gear we cut a dash gathered on the hill setting us up for even more eye catching displays on the track. A full programme of both track and field events was scheduled and we had wonderful representation in all.

First on the track for the sprints were our U8 girls, all 3 made the final with Minnatulla Lennon claiming the bronze in her first competitive race and Zoe White and Aoife Mc Donald finishing strong. U9 girls competed strongly also, Katie Mc Donald won bronze, Jessica White, Emma Mc Carragher, Grace Keenan and Aoife Keenan ran well. U 10 girls Grace Mills made it to the final in her first competition with Ellen Callan also finishing strong. In the U11 girls 80m Lucy White claimed the gold; Chloe Mc Carragher and Anna Dawson also made it through their heats to the final in a very strong field. Ava Brady represented our U12 girls running well making it to the final. In U14 girls Nicole Barry finshed 3rd with Anna Mc Ardle just missing out. Our Boys all claimed medals in their sprints with impressive performances, with Darragh Brady taking gold in U14, Eoin Mc Cann silver in U15 and Richard Campbell 2nd and Craig Kane 3rd in the U16.

Meanwhile in the field events the Quinn family were again competing strongly with Katelyn claiming the gold medal in the U16 long Jump and the bronze medal in the U17 shot putt. Shaun claimed silver in the U13 shot putt. In the girls U11 javelin Chloe Mc Carragher claimed the bronze. Jessica White took bronze in the U10 long Jump. Darragh Brady took gold in U14 long jump and finishing great day at the field events Nicole Barry claimed the silver medal in U14 long jump.

Back to the track with the distance races under way, first up our U8 girls competing at this distance for the first time showing great potential for the future Minnatulla Lennon, Zoe White and Aoife Mc Donald. Next up were our U9 girls with Jessica White leading them home in 3rd place, followed by Emma Mc Carragher, Katie Mc Donald, Grace Keenan and Aoife Keenan. Our U10 girls finished strong with Ellen Callan claiming the bronze medal following closely by Grace Mills. Our U11 girls finished strong in the large field with Anna Dawson leading the Glenmore girls home and Lucy White and Chloe Mc Carragher just behind her. Ava Brady and Ruth Martin finished strong in the U12 girls 300m. Cillian Keenan made his debut with a fine run in the U12 boy’s distance. Daragh Brady claimed his 3rd gold of the day finishing first in his 500m race. U14 girls were led home by Anna Mc Ardle claiming gold in the 800m. Hannah Stewart returning to form claimed silver in the junior ladies 800m. Ciaran Flynn was second in the boys U15 800m and in the U16 Craig Kane was 3rd with Richard Campbell just missing out in a closely fought 800m.

The last events of the day were the relays, and true to form proved once again to provide an exciting finish to a great day. The U15 boys Daragh Brady, Liam Maguire, Eoin Mc Cann and Ciaran Flynn took the gold in the first relay of the evening. Hannah Stewart and Ava Brady joined forces with other clubs to compete in their ages running strong. U11 girls Anna Dawson, Ellen Callan, Chloe Mc Carragher and Lucy White claimed silver position. Our U9 girls put on an excellent display and were applauded home in first place as the commentator announced that this team were current Leinster champions and All Ireland silver medallists. Not to be outdone we had another U9 team of Aoife Keenan, Zoe White, Aoife McDonald and Grace Mills finishing 3rd and showing great potential for the future.

Next up is the Glenmore AC 5k road race on August 5th preceded by juvenile races at 7.00pm. Our Flag day takes place on Friday next July 22nd, your support is greatly appreciated. Training continues on Tuesdays and Thursdays from 7-8pm at Bush Track. 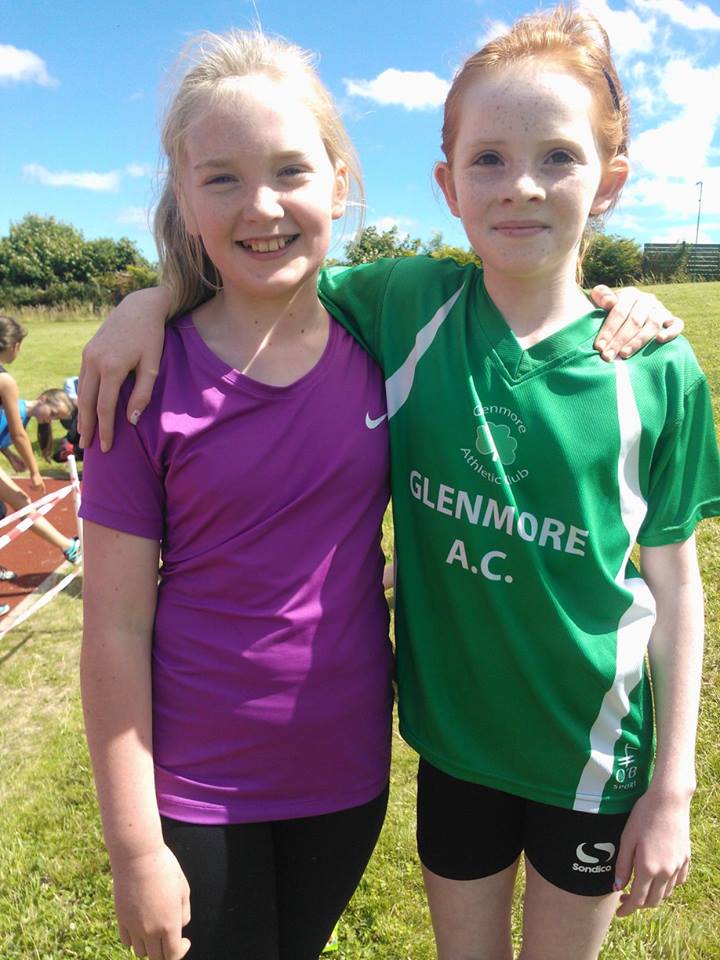 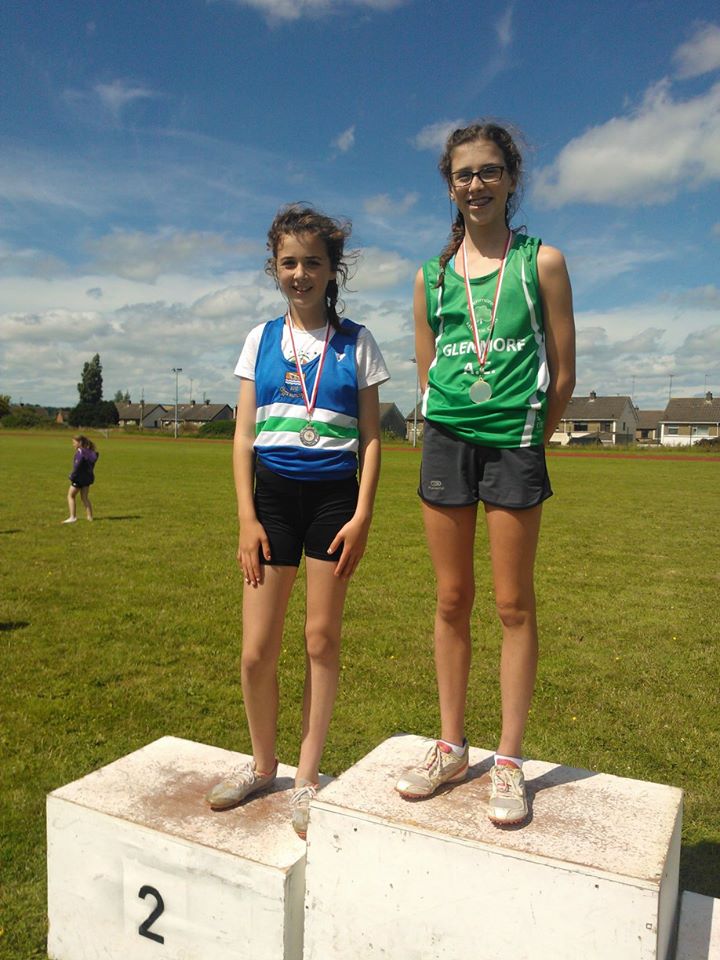 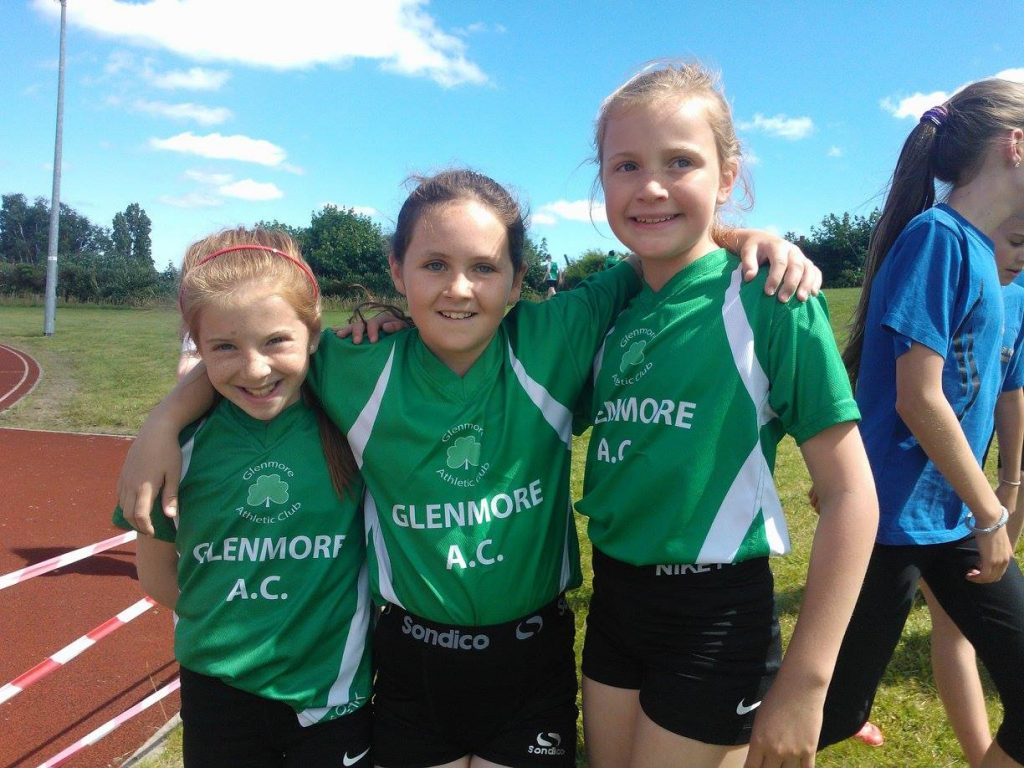 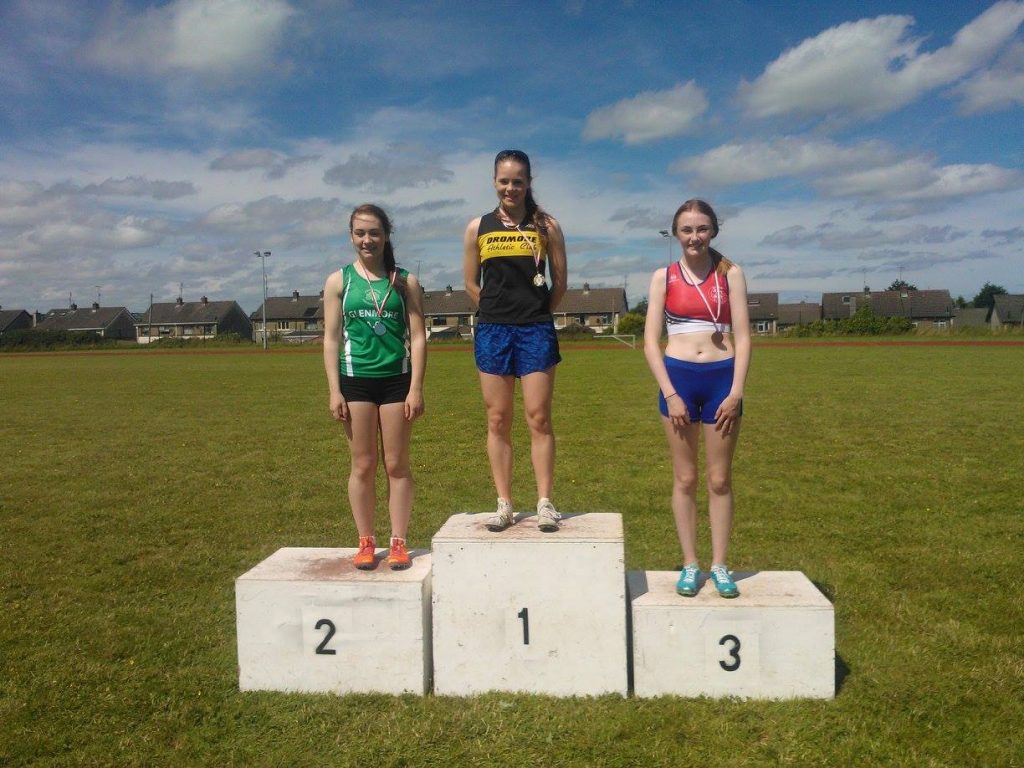 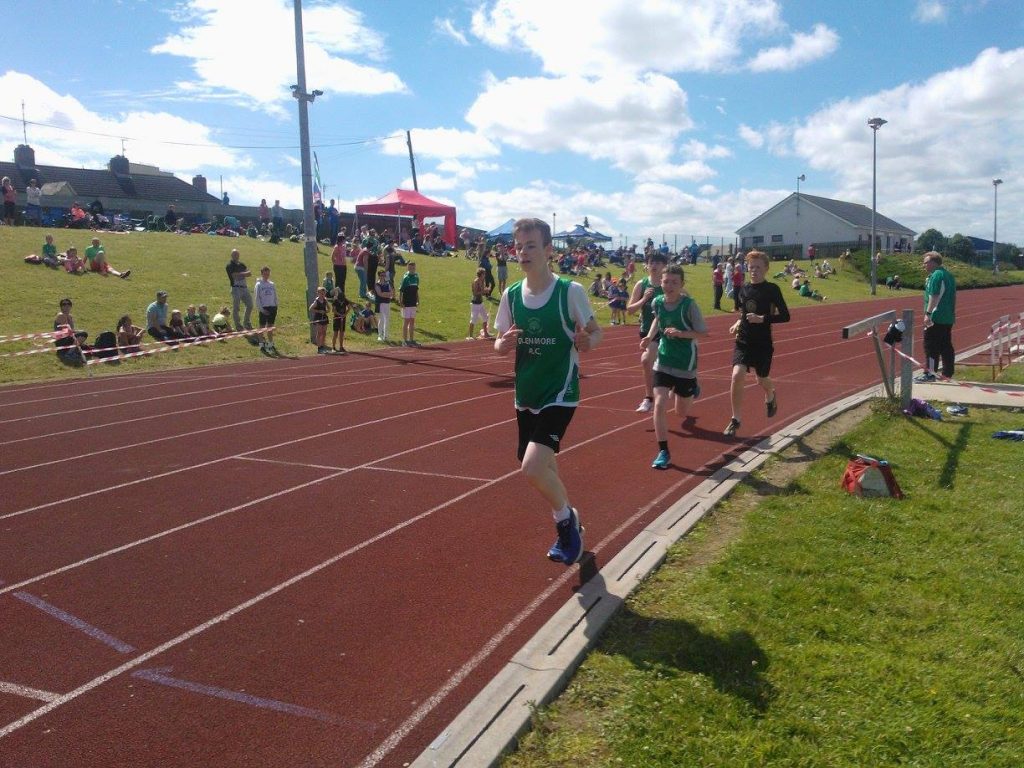 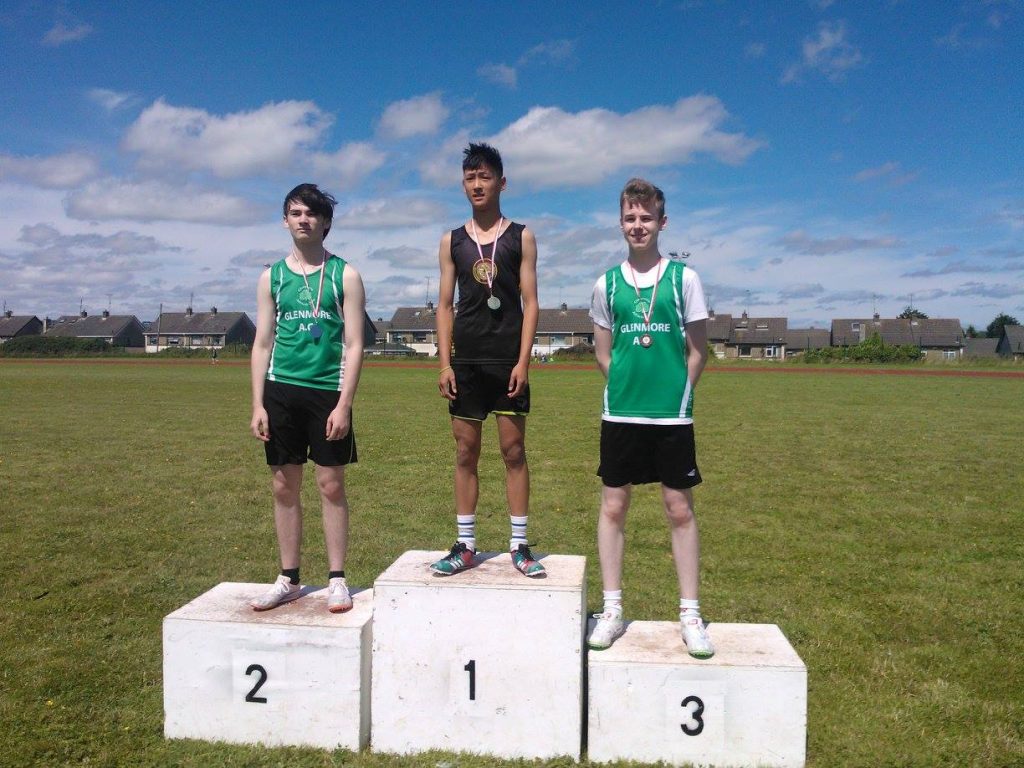 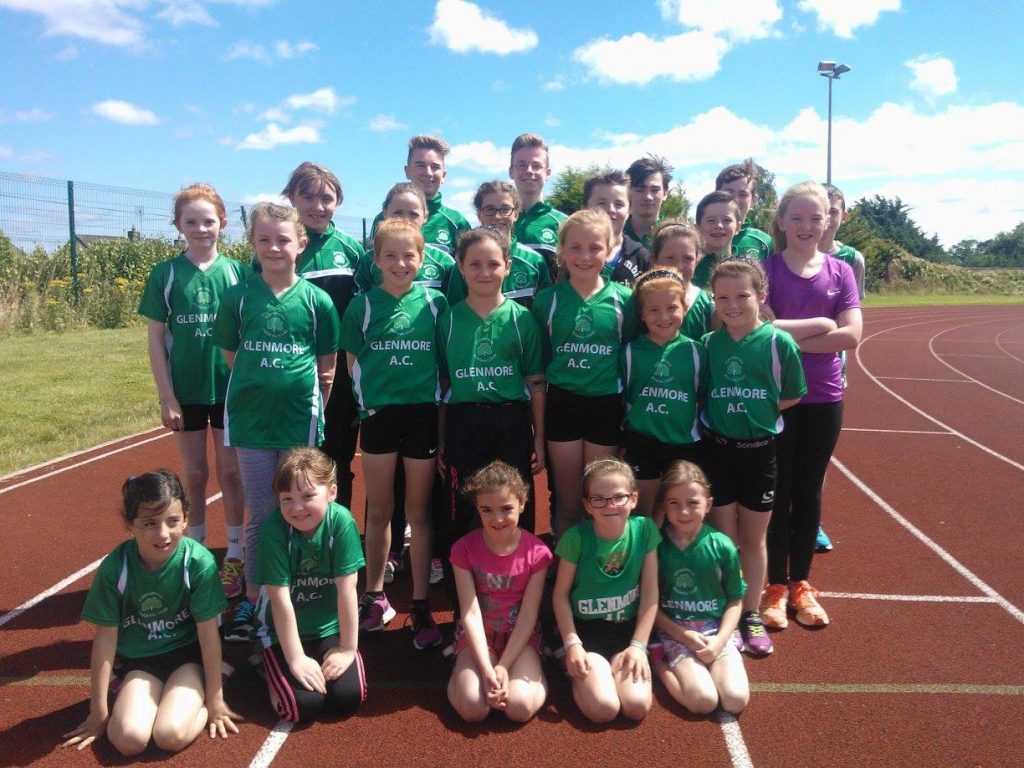 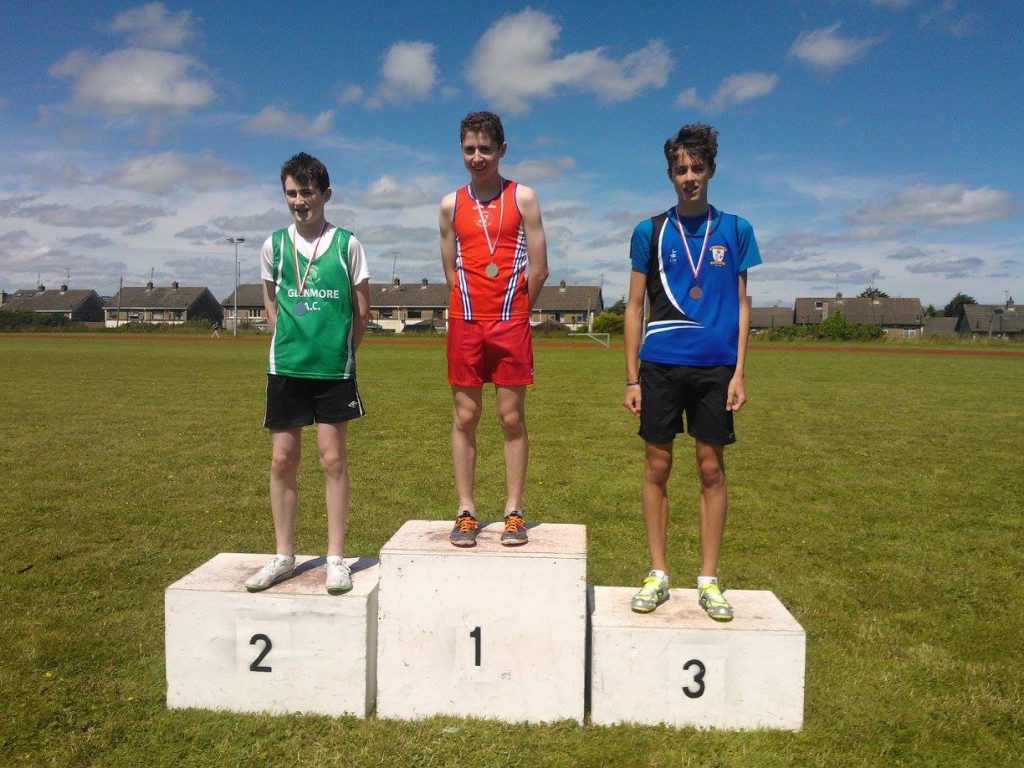 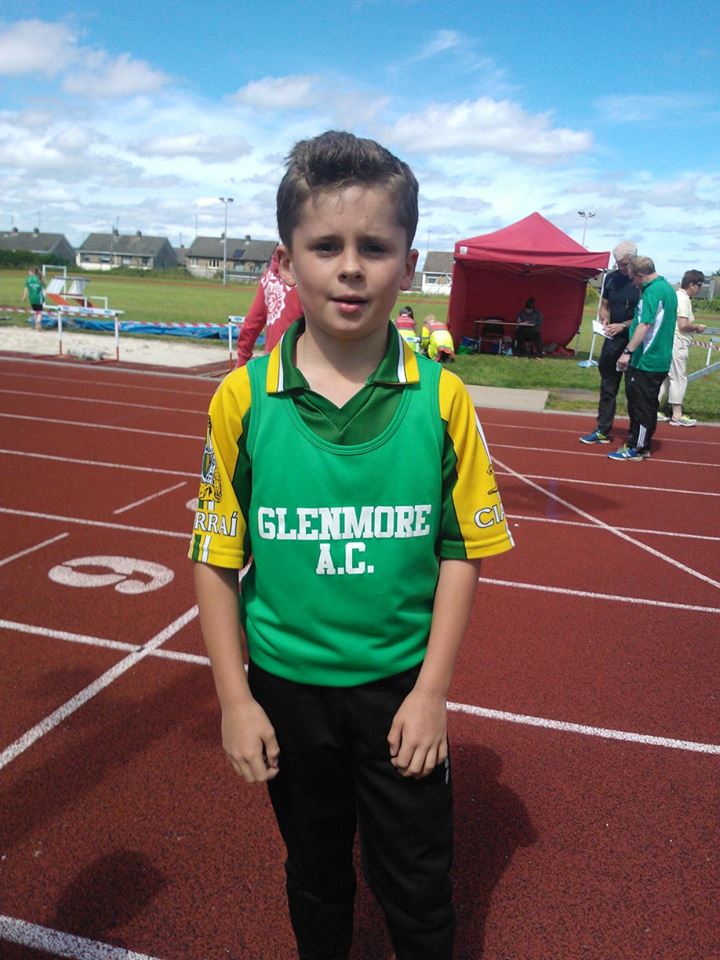 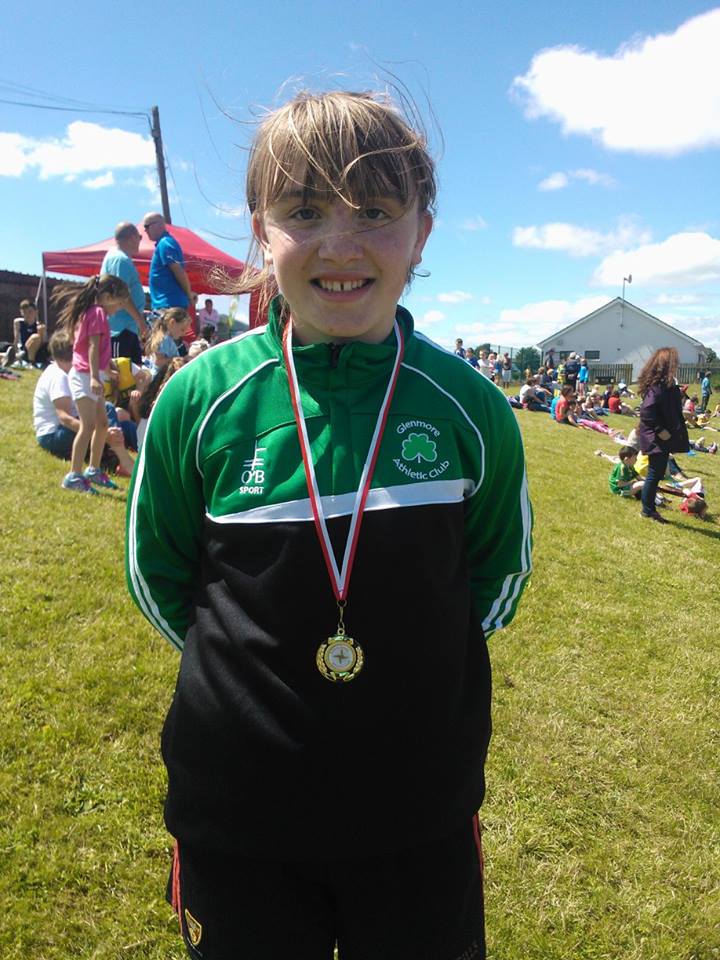 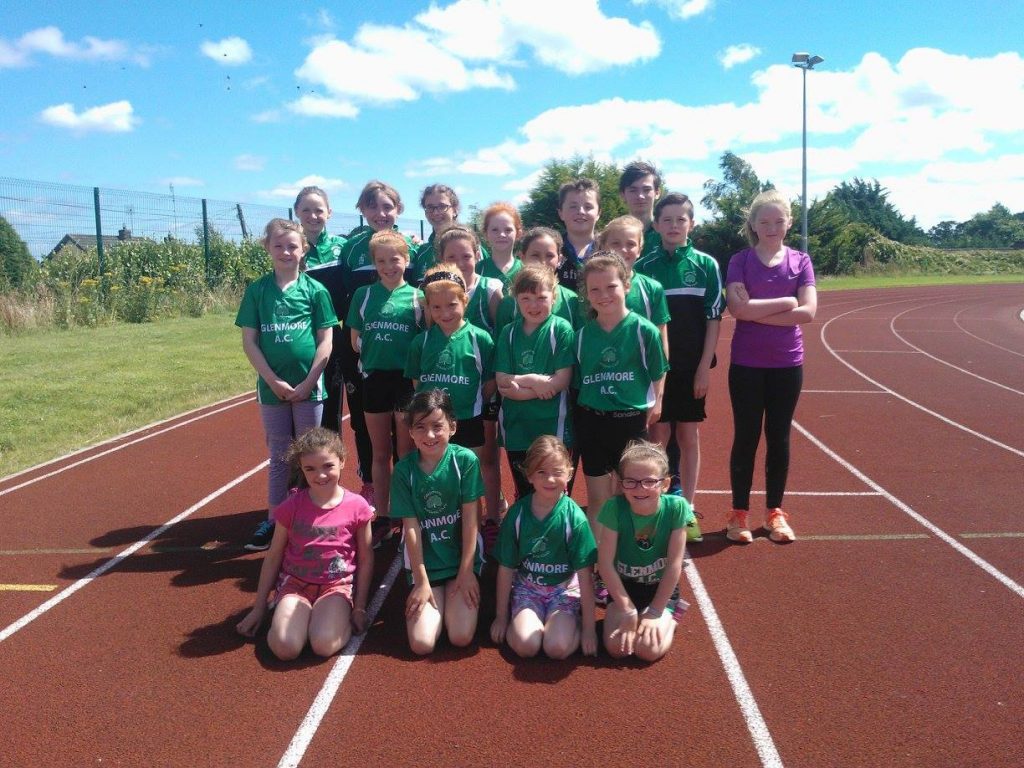 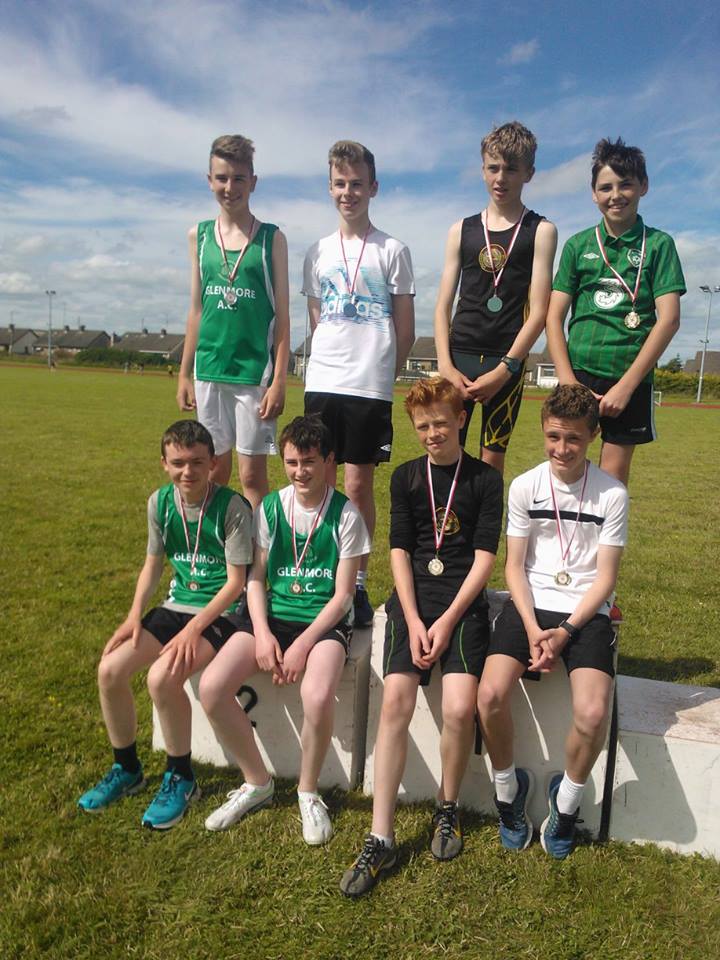 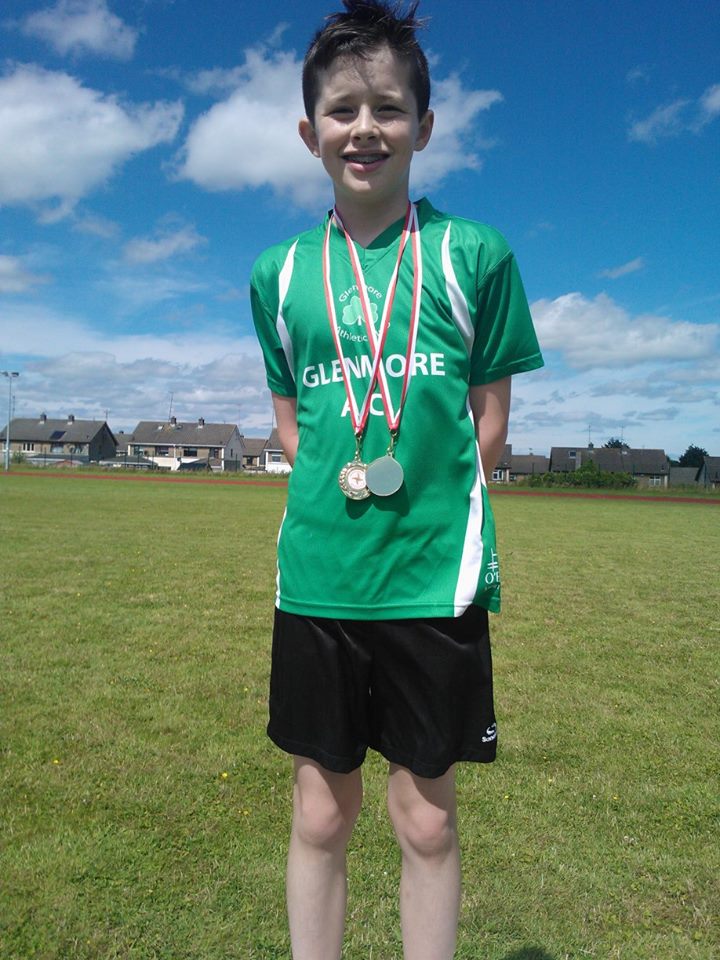 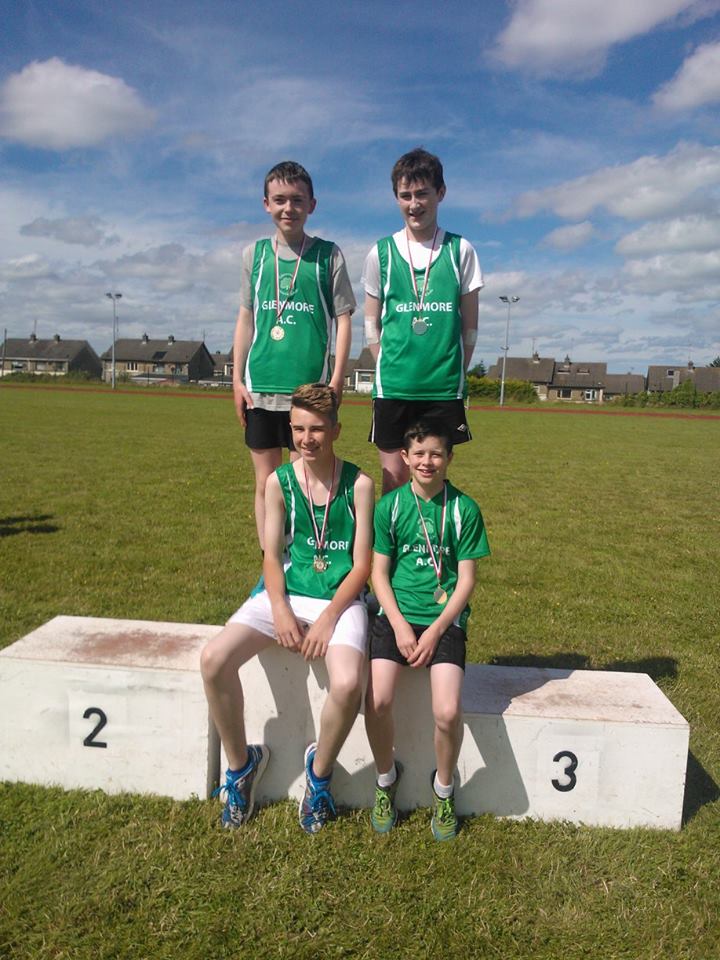