Glenmore athletes travelled to the beautiful Avondale in Wicklow for the even ages Leinster Championships on Sunday the 26th of October. First up for the club were Alice Ferguson & Nicole Barry , U12, who ran great times on a tough course. Maeve White & Ciara Quinn flew the flag for Glenmore along with other Louth athletes from Blackrock & Dunleer in the U14 Girls race, again clocking great times in a tough 3,000m race. Tadhg Leahy ran a strong race coming home in the top 30 in the U16 Boys 4,000m. Well done to all for competing amongst the cream of Leinster athletes.

Tickets will be available at track for our annual fundraising pub quiz in Fergusons Bar, Gyles Quay on Friday 7th November. 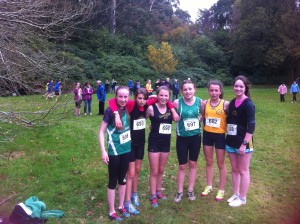